We found our coach for a trip to Hill Close Gardens at Warwick and Ryton Organic Gardens at 8.20 on Tuesday 21 July in Southdown and after picking up the rest of our party at the Rugby club were on our way. Parking by the race course in Warwick, we had refreshments at the well insulated reception centre of Hill Close Gardens which is heated by a ground source heat pump and has a sedum planted green roof which absorbs rainfall, releasing it gradually, a windmill  generates some of the electricity. Then a guided tour around the restored Victorian Gardens took place with our party of 48 split into two groups.

The Gardens, common in the 19th century, originally provided open spaces for people living in a very congested Warwick. Unlike allotments they were used as gardens each surrounded by holly, hawthorn or privit hedges with summer houses, some with fire places to heat them which allowed for tea making etc.  Gardeners grew many varieties of apple pear and plum trees over the area, one old pear tree dates from the 1840s.

The area had become overgrown, the small building losing their roofs and in one case had collapsed. 16 remaining plots of the original 32 were rescued from further redevelopment by housing and in 2006 with the support of the Heritage lottery Fund and Warwick District Council, the gardens were restored with the help of an 1851 map showing the layout of original brick paths, the site was opened to the public a year later and is managed by The Trust.

We left for nearby Ryton, Europe’s largest organic charity gardens where lunch was served, then again in two parties we were shown around the grounds’, to see the principals of the practice of organic growing in the 10 acre site which is laid out to demonstrate how this can be achieved. Areas have different shrubs planted together to exclude weeds they are cut once to re-grow the next year without requiring manure. For example an area cultivated as allotments was planted with nasturtiums and marigolds to confuse flying pests by colours and different scents, (some of us do this on our plots in Harpenden). We were told that farmers spray their apple crops about 12 times to keep off blemishes and attacks by the various pests. The Centre maintains a Heritage seed library of over 800, these are available for sale. There are orchards of rare varieties of fruit trees to allow for cross breeding improving flavour etc. Numerous composting methods are demonstrated on the site, there are over 200 plants in a herb garden. The Trust runs guided tours and teaches various groups how to grow organically and supports growing projects.

We left for home at 4.20 with many new ideas to use in future arriving back at 6pm, we all thanked Jim Machin for his carefully organised trip and our coach driver, for a perfect breezy day with plenty of sun. 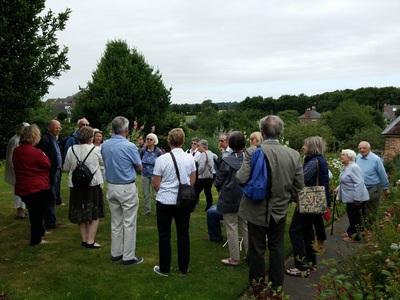 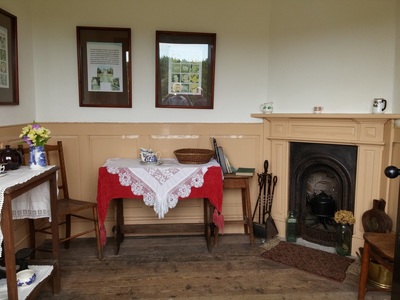 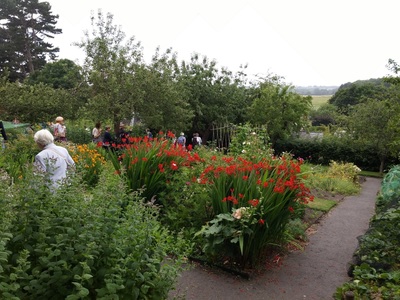 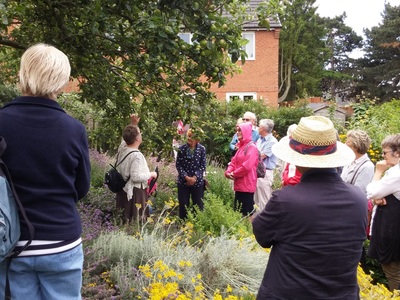 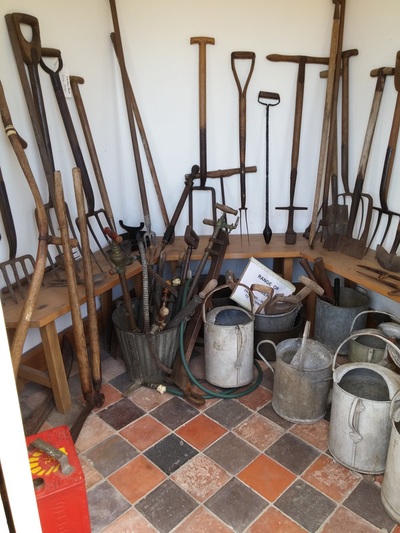 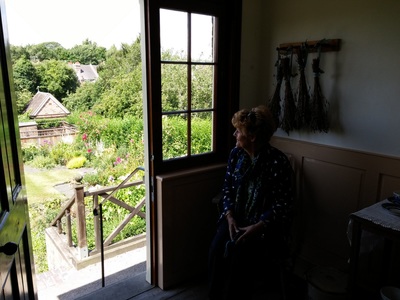 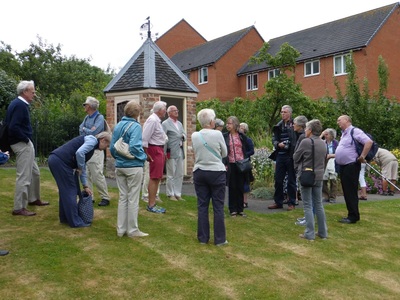 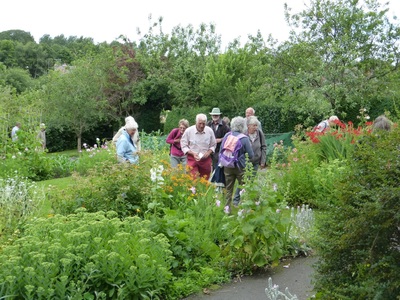 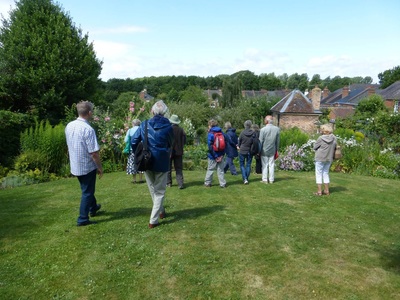 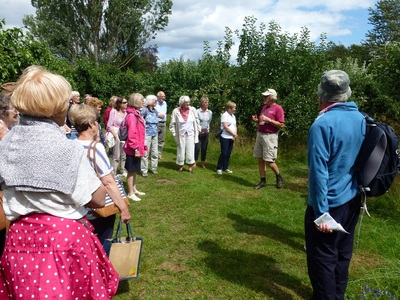 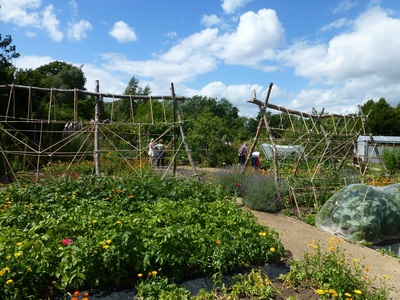 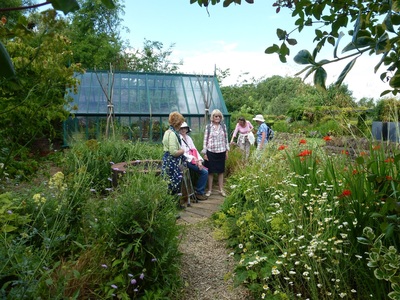